Oops – was that the first AI failure in email marketing?

There is no denying about the rise of AI (artificial intelligence) and it’s being deployed in all sorts of areas. It seems AI, however, is not infallible as the campaign failure below shows.

In fact, there are probably more brands testing out marketing AI than you might imagine, and it’s not just the obvious brands using AI such as Google and Netflix but others such as Campbell Soup.

But did I just witness the first AI failure in email marketing yesterday?

Yesterday morning I received two emails from one of the brands known to be experimenting with AI. It caught my eye because the emails came 1 minute apart, at 06:02 and 06:03. That’s not the normal pattern for this brand. See below my inbox screenshot. 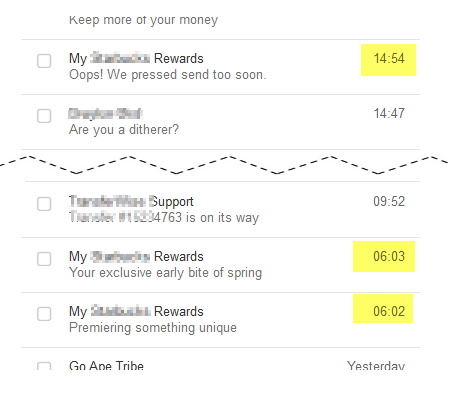 Then, later in the day at 14:54 came an email Oops message, confirming that the 06:03 email was indeed a mistake. I was curious and dug deeper.

Sure enough the 06:03 and 14:54 email headers confirmed this was AI driven email activity. Its given away by the X-key, highlighted in the header below from the 14:54 email. 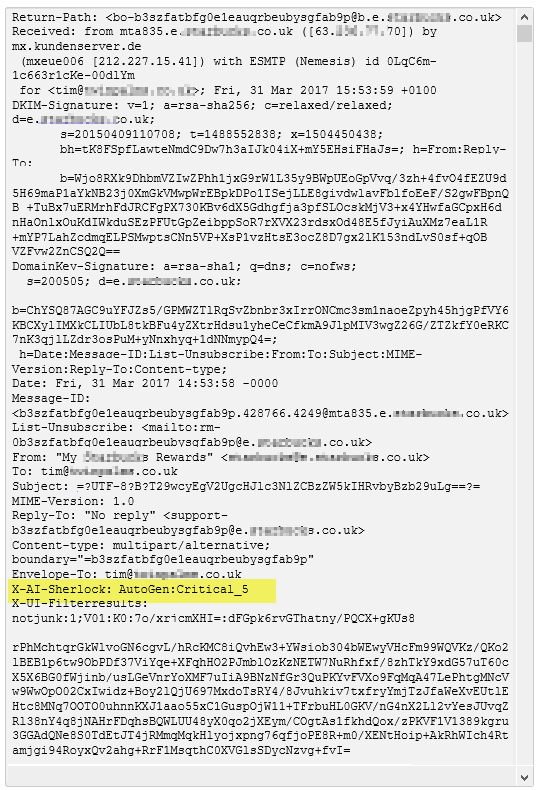 So exactly what did the AI do and why?

TechRepublic detailed the top 10 AI failures in 2016. Such as Microsoft’s chatbot Tay that was taken offline when it quickly learnt to be racist. Or Pokemon Go with fewer locations in primarily black neighbourhoods.

There are different types of AI systems and machine learning. Supervised learning AI systems get their artificial intelligence by being fed with real world data streams from which to learn. Essentially the AI system is trained and then left on its own to continue making decisions and learning.

According to Anu Tewary, chief data officer, the Pokemon Go issue arose because the system was trained with data containing a bias towards white neighbourhoods. The old computer adage of garbage in, garbage out.

It seems very likely the set of events in my inbox was due to a failure in the way the AI system was trained.

The AI system sent the 06:03 campaign, at the wrong time, but then also created and sent the ‘Oops’ message. The implication is that the AI system was trained on imperfect email marketing data and learnt not only to send the ‘mistake’ but also to send an ‘Oops’ email after making a mistake – an AI system apology!

That wasn’t the end. What the AI system did next was pure genius, it will surprise you as much as me, check out this screenshot.